Call for an Appointment
+ START HERE 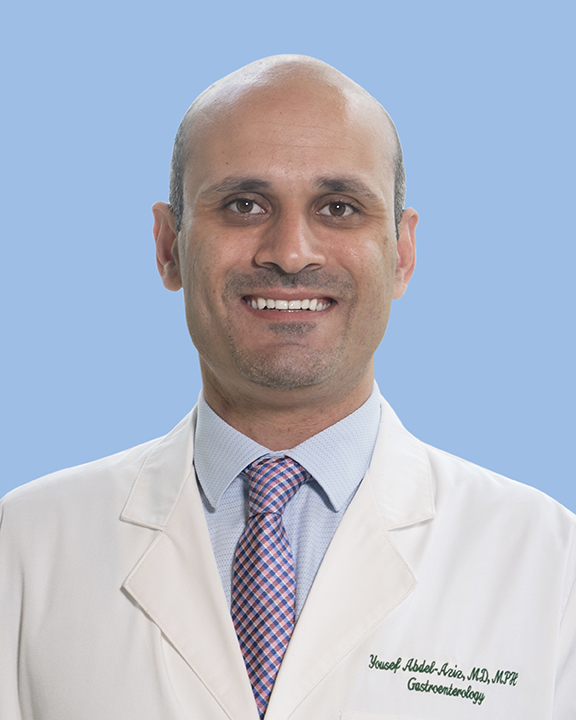 Yousef Abdel-Aziz, MD, MPH, received his medical degree from Hashemite University in Jordan. He also earned a Master of Public Health Administration from the University of Toledo in Toledo, OH.

Dr. Abdel-Aziz began his preliminary year of internal medicine at Marshall University, at the Joan C. Edwards School of Medicine in Huntington, WV. He completed his residency in internal medicine at the University of Toledo, while there he was named chief medical resident and was honored with an Alpha-Omega-Alpha (A.O.A.) Membership. A.O.A. is the national medical honor society’s top 1% of U.S. Physicians. His fellowship training was completed at the University of Tennessee Health Science Center in Memphis, TN.

Graduating at the top of his medical school class, he has received numerous accolades throughout his medical education and training. Dr. Abdel-Aziz is board certified in internal medicine and board eligible in gastroenterology.

He helped to organize the breaking of the Guinness World Record for the most people to sign up as organ donors in eight hours, which resulted in 3,540 donors. In his spare time, he enjoys spending it with family and friends, as well as reading, walking, soccer, and listening to music.

What Causes Gallstones and How Can You Get Rid of Them?
What are the Causes of Blood in Your Stool?
Guide to Pancreatitis: Signs, Symptoms, Causes and Diet